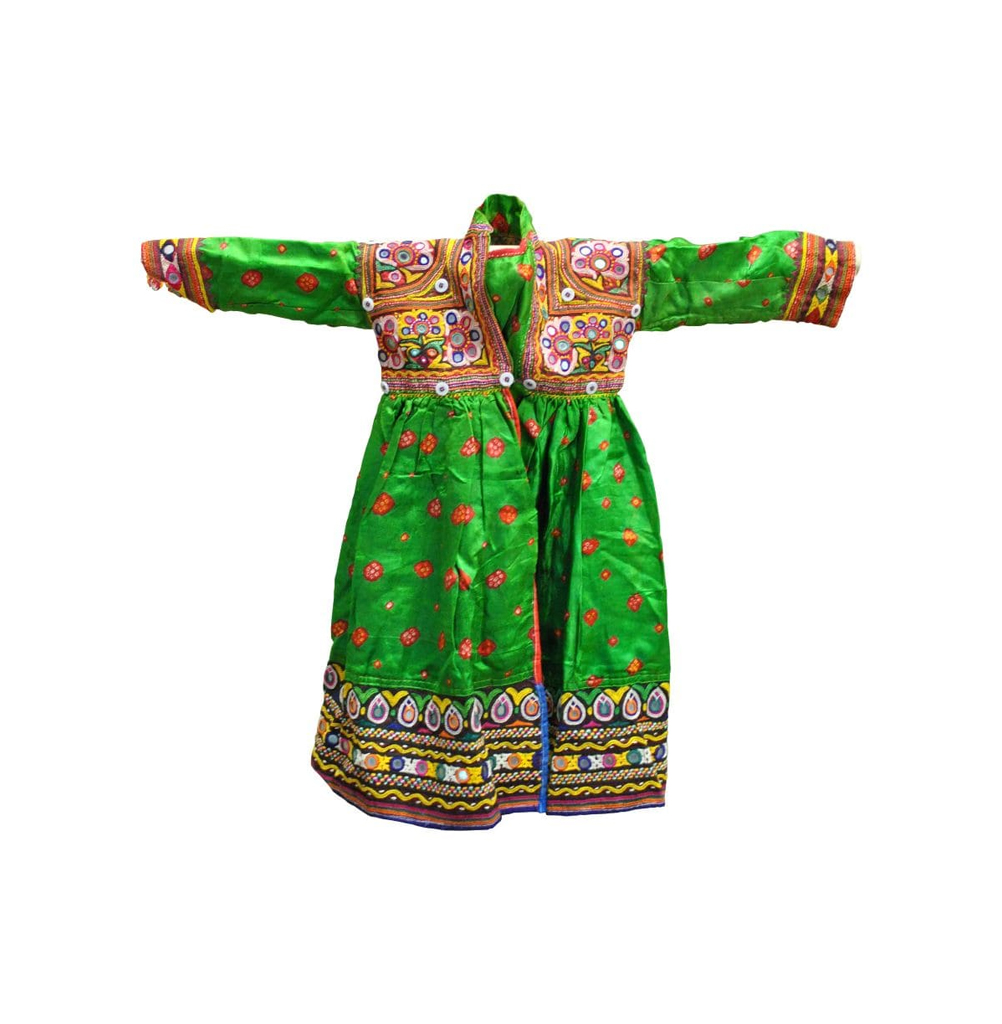 In July this year, The South Asia Collection received a donation of 142 Rabari textiles, originally from Kutch in Gujarat, North-West India.

This generous donation was made by Joscelyn Blumenthal of Boulder, Colorado, USA. She told us how she came by this collection:

I travelled to Gujarat in 1996 to collect textiles from Rabari people in the area. My friend and I boarded a local bus with the intention of staying with villagers, learning about their culture and collecting textiles to decorate a restaurant we planned to open the next year. The bus driver let us off on the side of the road where nothing but desert stretched as far as the eye could see. He pointed in the general direction of a small village and we started walking down the dusty road. Luckily, a truck pulled up and the driver asked us about our plans. He laughed at our vague idea of staying with local people somewhere and invited us to his village. We ended up staying with his family for several days, exploring the Little Rann of Kutch, playing with his baby niece and milking the family’s cow. After we returned from this remote area, I purchased the collection in Bhuj over the course of a week from the owner of the Museum Quality Textiles shop. It was displayed in my restaurant in California for several years then stored until it’s donation to the SADACC Trust in 2018.

Traditionally, the Rabari communities were pastoralist herders of camels and other animals in the semi-arid grasslands of Kutch. Today, most Rabari are long-settled or semi-nomadic when the seasons demand that they travel with their animals. It is the Rabari women who design and embroider the textiles, which traditionally formed part of their marriage dowry. The textiles in this particular collection were created by the Dhebaria, Vaghadia and Kaachi Rabari communities that live within the Kutch region of Gujarat.

Although each Rabari community has its own distinctive style, Rabari embroidery is recognisable by its use of vibrant colours, mirrorwork and distinctive motifs, including auspicious symbols believed to have talismanic properties.

Rabari women are famous for the quality of their embroidery but, by the mid-1990s, as traditions changed, it was common for older textiles to be sold to the tourist and overseas market. In 1995 the elders of the Dhebaria Rabari banned embroidery due to the length of time and high costs involved in creating it. More recently, non-governmental organisations (NGOs) have provided paid employment for female embroiderers ensuring the craft skills continue for the future.
Examples of contemporary embroidery from NGOs are available in the museum shop, Country and Eastern.