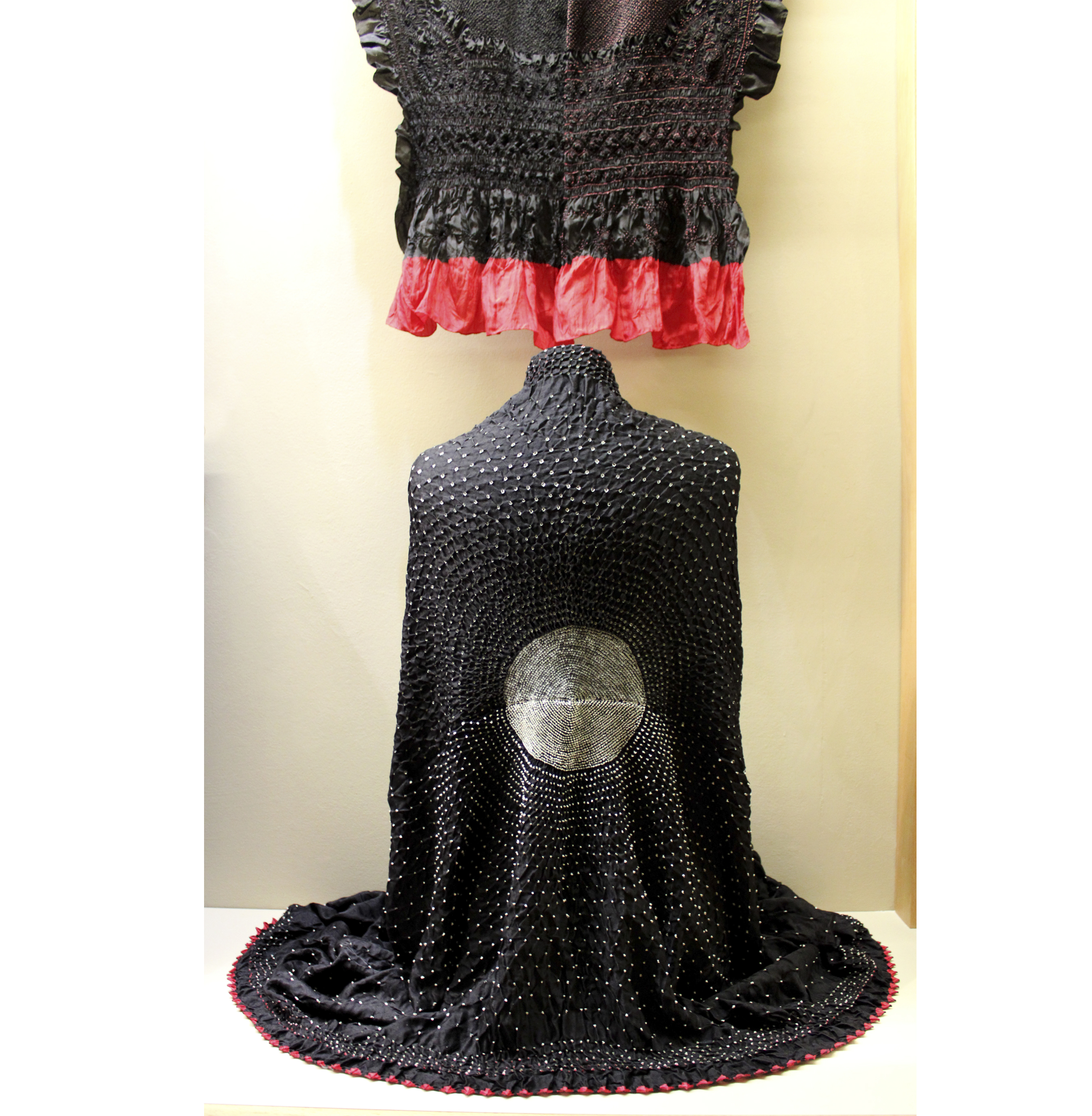 Bandhani is a general term applied to Indian tie-dyed textiles but it is particularly associated with the fine tie-dye of Gujarat. Thousands of these tiny tie-dyed knots create a delicate puckered pattern design. Some are so fine in pattern and appearance that at first glance do not appear to be tie-dye at all.

Whilst the dyeing of cloth is normally performed by men, the tying of knots is generally undertaken by women who pluck tiny pieces of the cloth with their fingernails and bind them tightly before the dyeing process. There were approximately 20,000 knots tied in the production of this stole. The women work 4 to 5 hours a day tying knots and this shawl would have taken about 45 days to complete.

The contemporary bandhani textiles currently on display were made by women from SIDRcraft, an organisation founded twenty years ago by two brothers to revive the traditional production of bandhani textiles in Kutch. SIDRcraft employ over 200 independent female artisans in villages in Kutch, who tie thousands of knots on silk and cotton textiles using stencils to produce beautiful designs. SIDRcraft received the UNESCO Seal of Excellence in 2006 and 2007 and were also finalists in the International Folk Art Alliance Living Traditions Award in 2016.