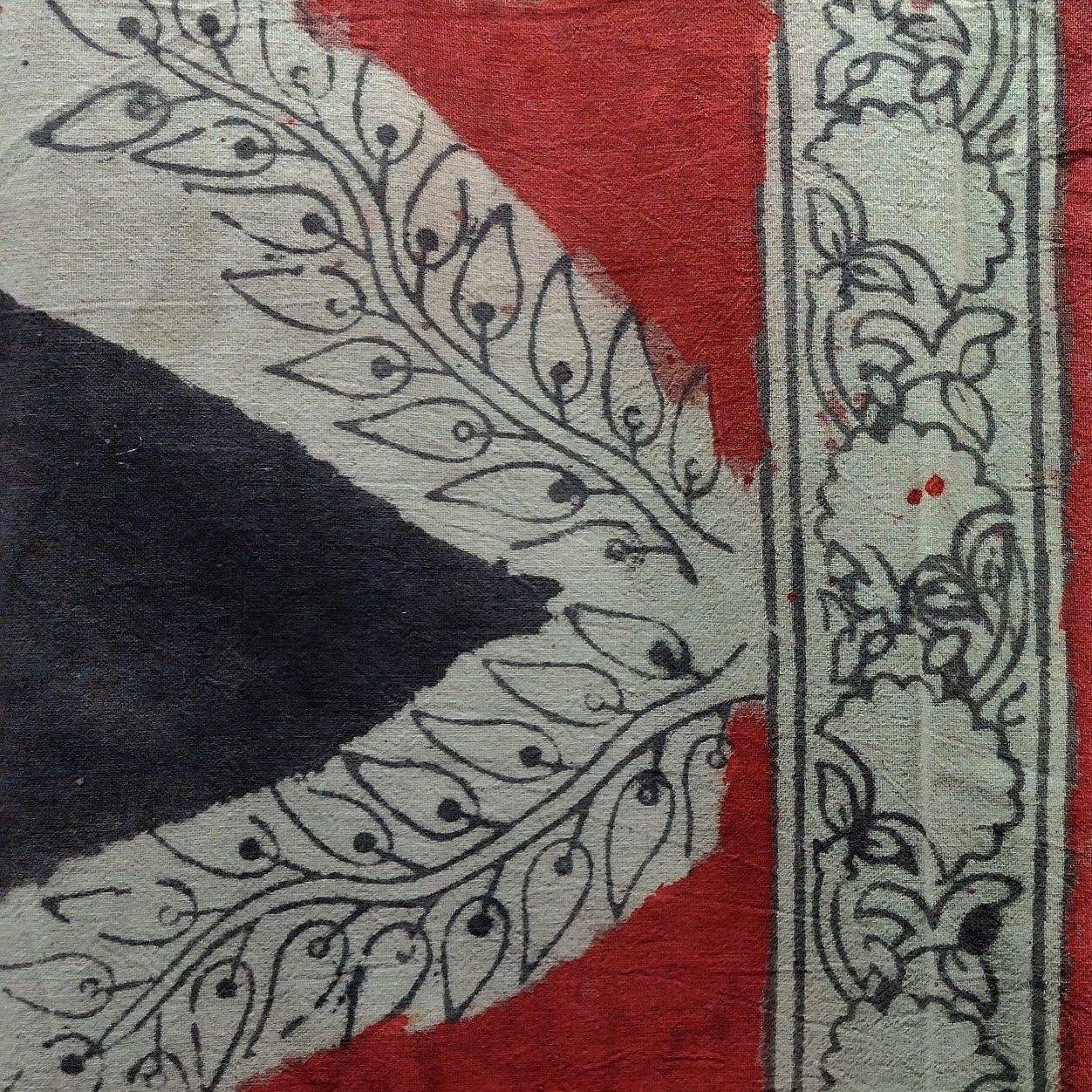 Cloth of the Mother Goddess

Our object in focus is a mata-ni-pachedi from Making a Mark – our new display of block printed and painted textiles. The display was created as part of the New Wave project, engaging younger peoples in museums.

Mata-ni-pachedi are temple cloths, used as portable temporary shrines. They are made by a handful of craftsmen, most living around Ahmedabad in Gujarat. Originally the cloths were made for castes who were banned from entering temples. Set up like a tent, with the mother goddess in the centre, this cloth became their place of worship.  Another form of cloth, mata-no-chandarvo, are set up as canopies.

At the centre of this design is an incarnation of the mother goddess, her vahana (vehicle) is a black buffalo. Around the central image are panels that feature the story of the goddess or her attributes.

This shows the central panel from the mata-ni-pachedi. The printer has carefully considered each element for the final design, making use of both dyed and undyed areas to make a strong, striking visual piece.

Mata-ni-pachedi are made by both printing and hand-painting. This cloth combines the two: the repeated designs are block printed and the coloured areas painted with dye. The colours combine a deep red (produced from tamarind), black, and the cream white unpainted areas of the cloth.

This mata-ni-pachedi can be seen in our Making a Mark display, which was part of New Wave, a Heritage Open Day project working with young adults.
The display explores the making process of traditional textiles, and reflects on our fashion choices as consumers. There are 5 themes: material, dye, printing, community and fast fashion.

The display led to a block-printing workshop inspired by the South Asian communities that come together to make textiles. The workshop was all about collaboration, with 6 groups contributing to a large textile piece. This hands-on event provided a space for participants to learn from each other and try something new. We hope to do more workshops like these in the future.