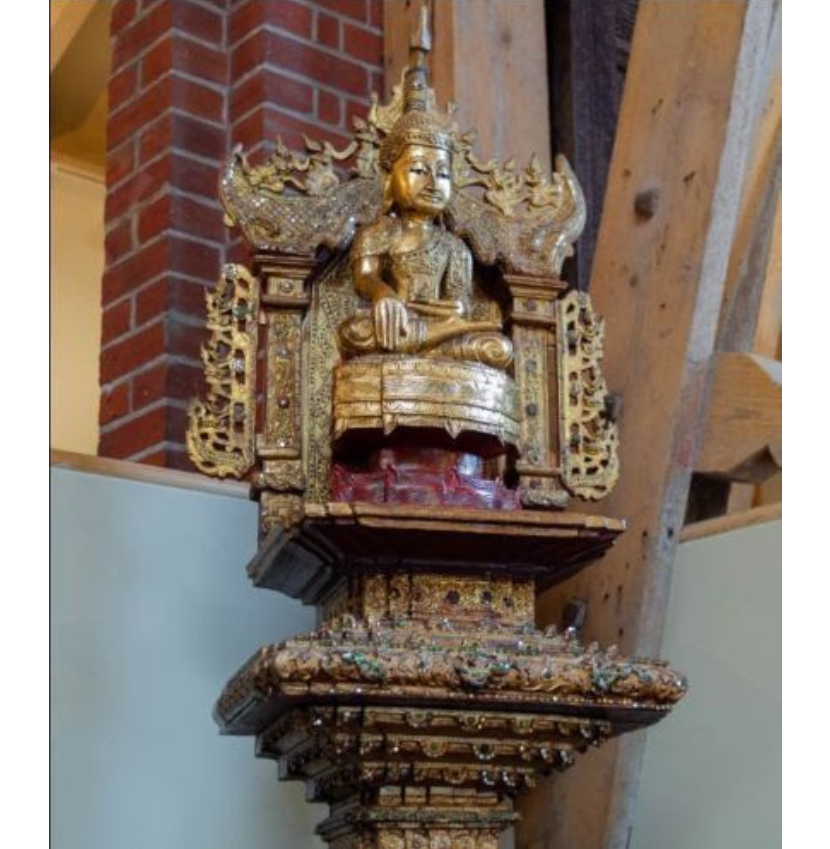 This intricate wood carved Buddhist monk’s throne, dating from the early 20th century, is one of the objects on display.  It is decorated with motifs of peacocks, gilt lacquer, thayo (a type of lacquer putty) and hman-zi shweicha (fragments of coloured glass).

Supported by Gujarati architectural columns, the new display area is directly in front of you as you enter the building, creating a striking view of some Burmese furniture pieces that were previously on the central mezzanine area and enabling visitors to see these beautiful objects much more clearly.