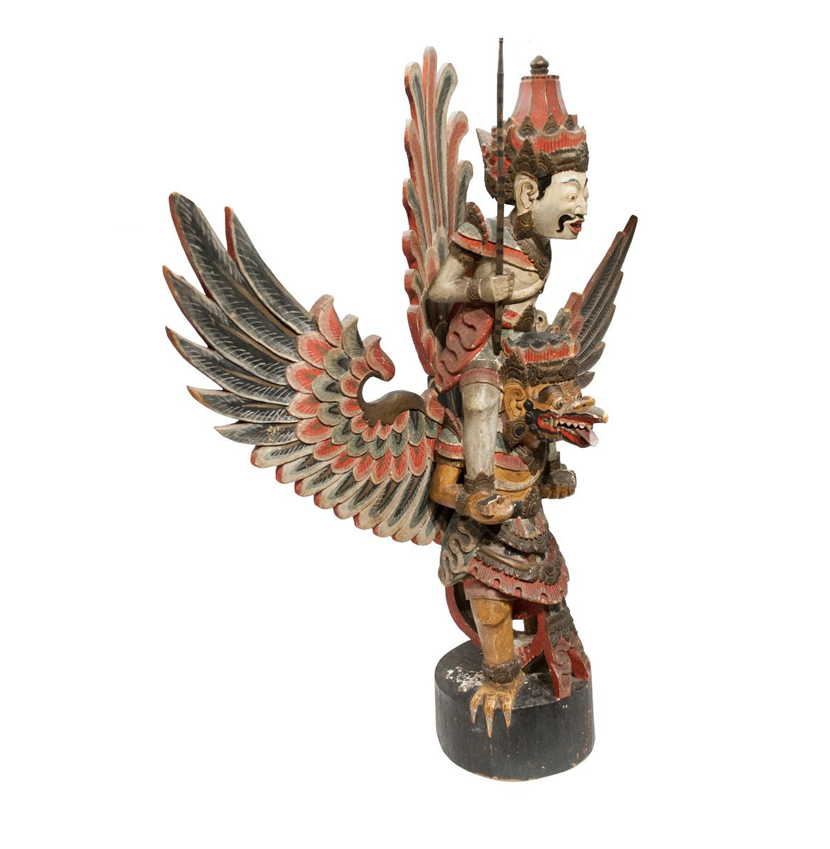 This carved and painted wooden figure of Vishnu and Garuda is from Bali, Indonesia, and dates from the late 19th or early 20th century. Garuda is the eagle-like vahana of Vishnu. According to Hindu mythology, Garuda allowed Vishnu to ride him in exchange for amrita (the elixir of life). Garuda wanted the amrita to save his mother. Garuda’s mother, the mother of birds, had been enslaved by her sister, the mother of snakes. In exchange for the amrita, the snakes agreed to set Garuda’s mother free.

The demonic expression of Garuda, with bulging eyes and sharp teeth, is typical of this type of statue and deliberately designed to intimidate the viewer as they look at the image of the deity.

In 2018, at Ungasan, Bali, a new monument of Vishnu and Garuda was unveiled (right). Standing on a pedestal reaching a height of 120 metres (394 feet), it is the tallest statue in Indonesia and is almost 30 metres taller than the Empire State Building.

Garuda is often associated with royalty and his image dominates the National Emblem of Indonesia, the Garuda Pancasila.