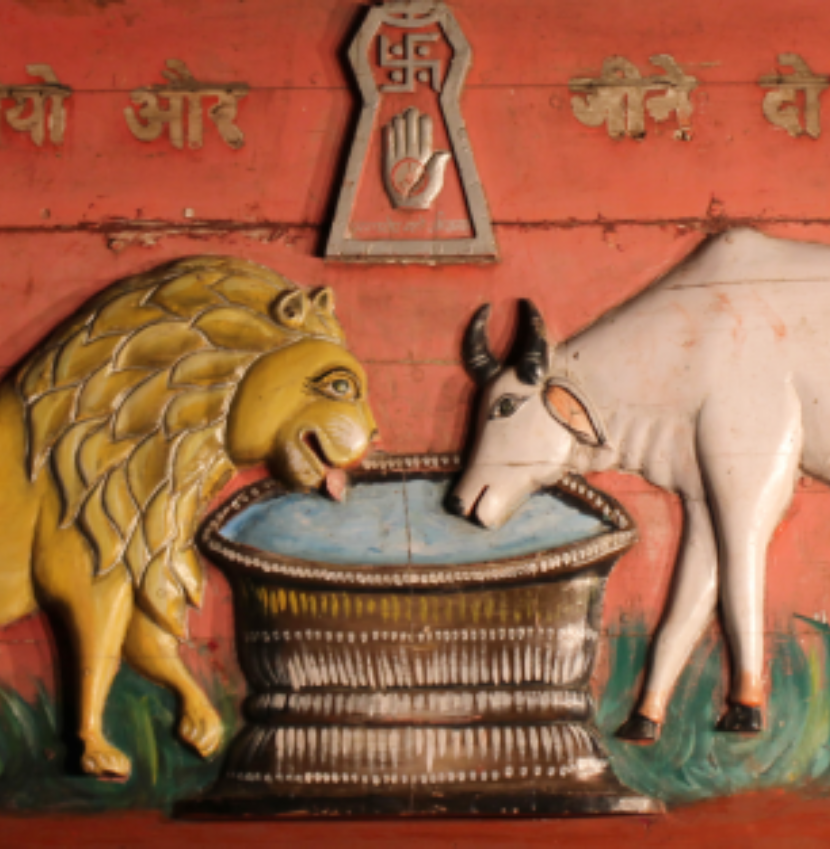 This carved and painted Jain panel depicting a cow and lion drinking from the same tub of water is titled ‘Live and Let Live,’ reflecting the Jain philosophy on life. The text in Hindi using the Devangari script expresses the concept, ‘We are for others and others are for us.’ This sentiment is echoed by the smaller text in Jain script (below the hand), which reads, ‘Parasparopagraho Jivanam,’ meaning, ‘All life is bound together by mutual support and interdependence.’

The symbol of a wheel within the palm of a hand is the Jain symbol of ahimsa, meaning non-injury or non-violence. Jains hold all life sacred. This symbol combined with the Jain swastika above it is known as the Jain Prateek Chihna, which was decided upon as the universal symbol of Jainism in 1974.