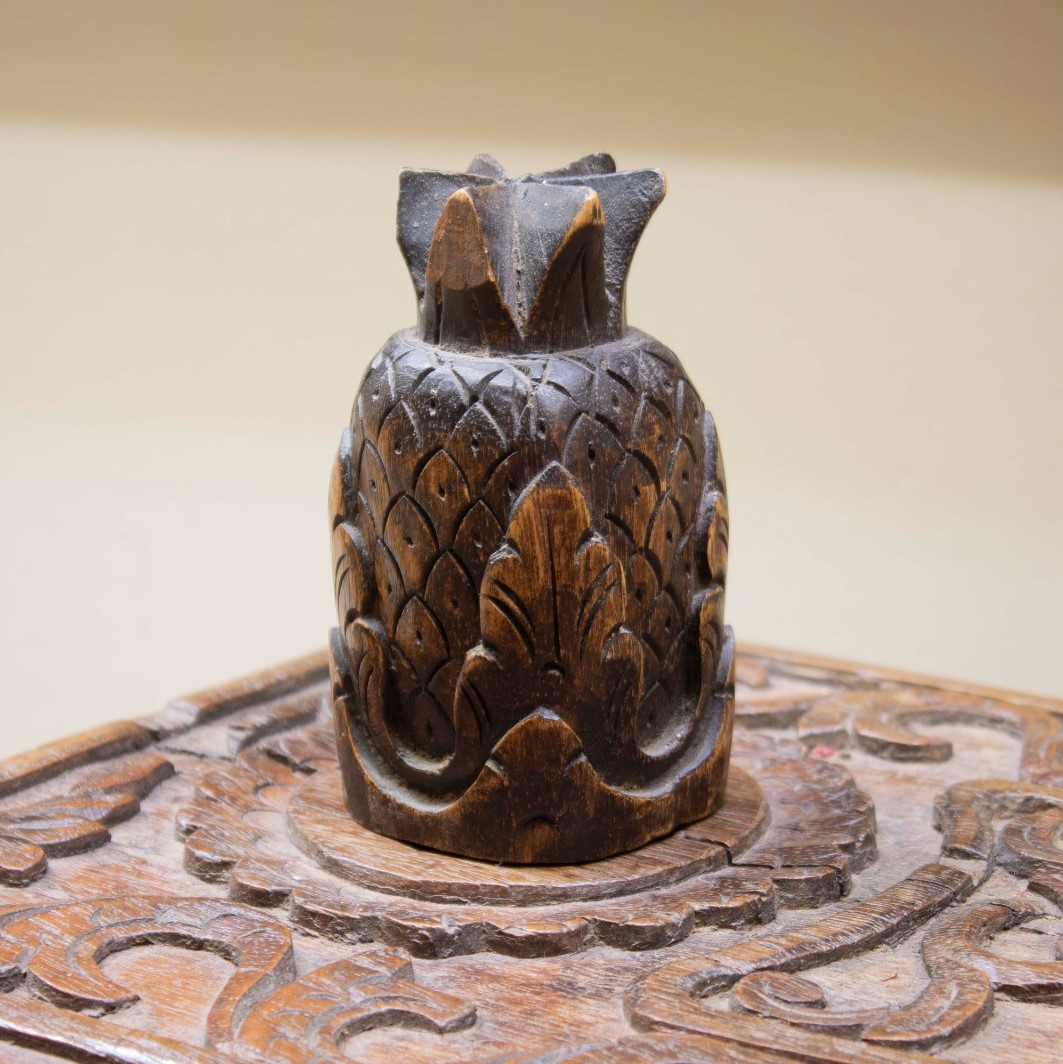 A palungun is a long chest. This one is 188 cm long and is carved from a single piece of wood. It would have been used to store heirlooms or husked rice – a sacred commodity. The lid is fixed by two pineapple-shaped pins and its overall elaborate decoration of flowers, leaves, lizards and leopards reflects its importance to the household.

The palungan is part of our new display exploring the richly diverse styles of Indonesian woodcarving. Indonesia has over 17500 islands shaped by a long history of trade and empire. It is now home to more than 300 ethnic groups, embracing Islamic, Hindu, Buddhist, Christian and local religions.

Wood carving is one of Indonesia’s most widespread crafts and its styles are as diverse as its people, having absorbed Indian, Islamic, Chinese and Dutch decoration into the islands’ home-grown visual styles.

Some examples of Indonesian woodcarving  from our new  display, showing the influences of (clockwise) Indian, Islamic, Dutch and Chinesestyles.

Spirits of the wood

The decorative carving on the palungan draws on natural forms: swirling vegetation and animals full of life and energy. It reflects the long embedded influence of Indonesia’s ancient traditional beliefs. Indigenous tribal communities hold animist beliefs: that nature is sacred and all living things possess a soul. Wood is considered a living material housing a spirit, and wood-carvers hold a special place in village communities.