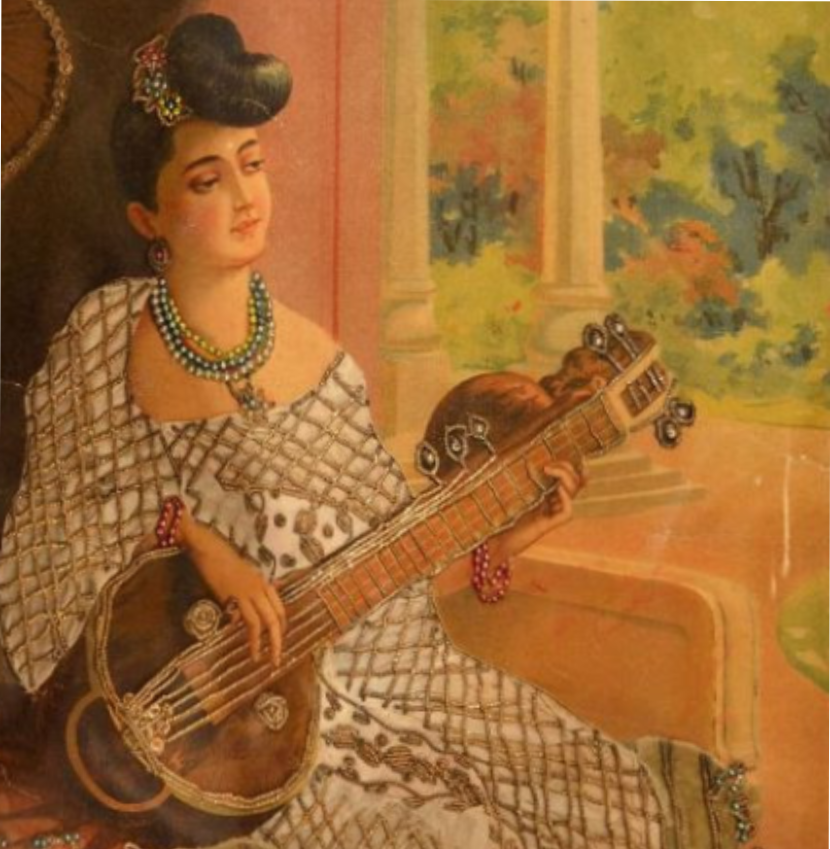 Saraswati is the goddess of wisdom, learning, music and the arts. She is usually depicted with her musical instrument, the vina. Her mastery of the instrument not only reflects her knowledge of music but represents her control over life and emotions.

In the late 19th century, lithographic presses in India began to print images of the Hindu deities. These devotional lithographs, often called calendar art because they were sold with tear off paper calendars, were inexpensive and widely available.

Ravi Varma was probably the most popular and widely known artist and manufacturer of lithographic prints. Working closely with his brother, C Raja Raja, Ravi Varma opened his first lithographic printing press in Bombay (now Mumbai) in 1894. Ravi Varma’s use of a single perspective in his artwork, was influenced by photography and oil portraiture.

Lithographic prints of deities were often used at home in puja (worship). This print of Saraswati is elaborately decorated and includes the initials of the original owner. It was common practice for lithographic prints to be enhanced with textiles, beads, sequins, glitter and gems to better attract the invoked deity during puja.

This print is currently on display in our new exhibition, Taking Home the Gods, alongside other devotional lithographic prints and Bommai clay figures from southern India.