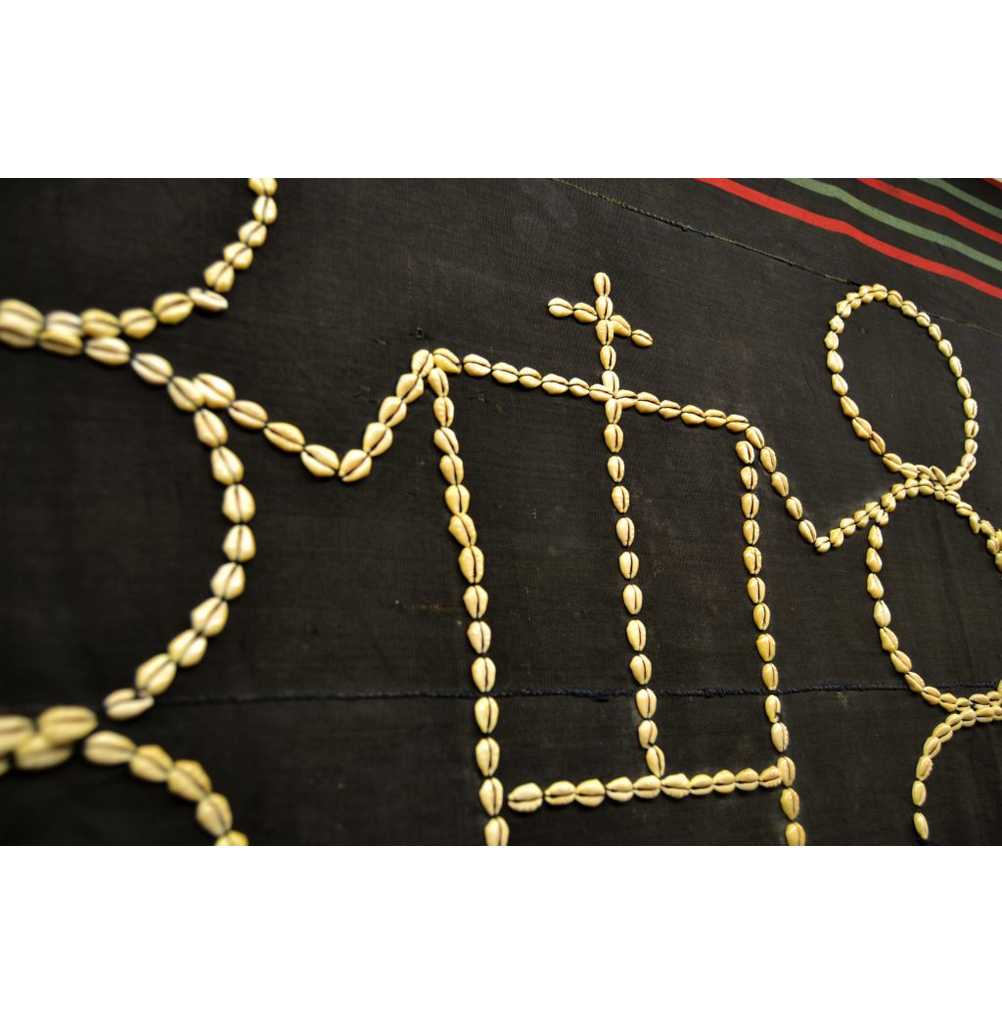 Nagaland has a strong warrior tradition and headhunting was a significant part of its culture for many years. Strict rules surrounded the practice of headhunting. For example, heads would only be removed from the body after death. By taking the heads of their enemies Naga warriors could provide evidence of their victory, but they also believed the potency of fertility resides in the human head.  By removing the head, the warrior released that life force for the benefit of his community.

This body cloth indicates that its wearer had head-taker and feast-giver status; the highest status amongst the Naga. The cowrie shells are a symbol of immortality, a sign of fertility and a talisman to ward off evil. The human figures represent the dead and the circles represent both heads and the moon, which is also a symbol of fertility.

The Indian Government banned the practice of headhunting in 1960 but Naga jewellery, textiles and festivals continue to reflect this tradition.