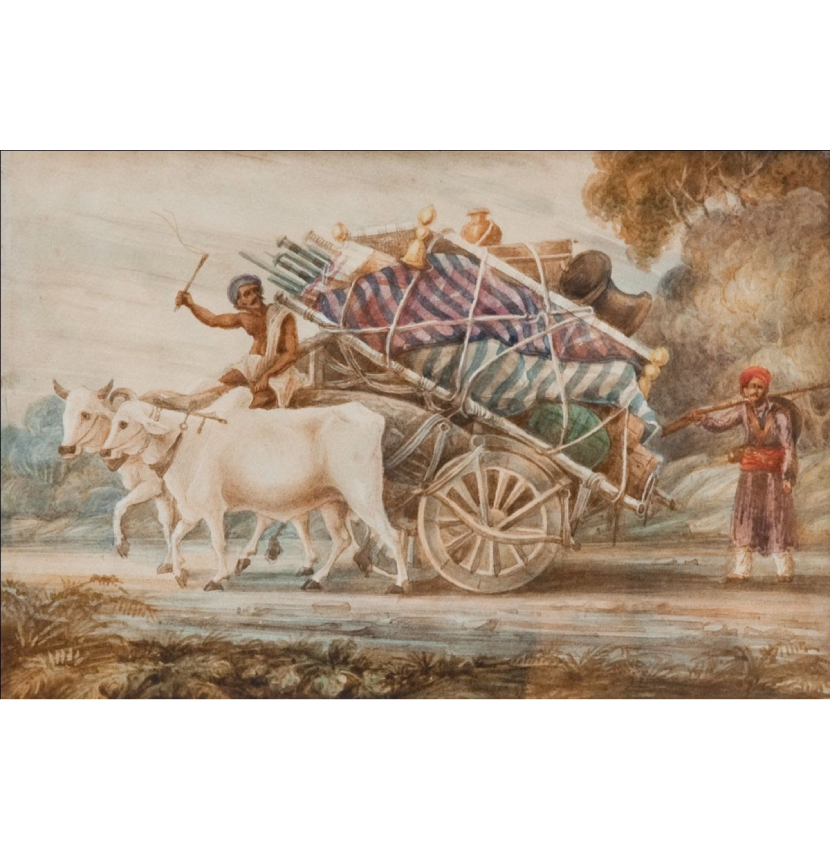 In the early 19th century, Indian miniature painters found a lucrative market for their work among the newly arrived European merchants, soldiers and civil servants. They were often commissioned by European patrons to produce albums of paintings depicting the trades, occupations and architecture of India. This was the era of East India Company expansion in India. Company School is a name used for the paintings made by Indian miniature painters who adopted many western techniques to make this new style of image.

Some of these pictures were simple, painted quickly and sold to be used like postcards sent back to Britain and other European countries. They might depict temples, or tradespeople, with minimal background detail. These pictures (now on display at The South Asia Collection) are different, combining a detailed background with the central figures.

These watercolours are possibly from Patna in Bihar, north-eastern India. This genre of pictures are fascinating for combining the aesthetics of local Patna miniature schools with techniques that were being used by the European painters of the day in India, such as Sir Charles D’Oyly and George Chinnery.

This painting depicts a family of basket makers. A woman is weaving a large basket as the man splits a length of bamboo with a large knife. This split bamboo would then be passed to the woman to weave with, as the child looks on. Piles of bamboo have been leant up against the walls of the house. Two completed baskets and fans are in the foreground, and a bamboo cloche is balanced on the roof. This could be used to pen chickens or keep animals away from food.