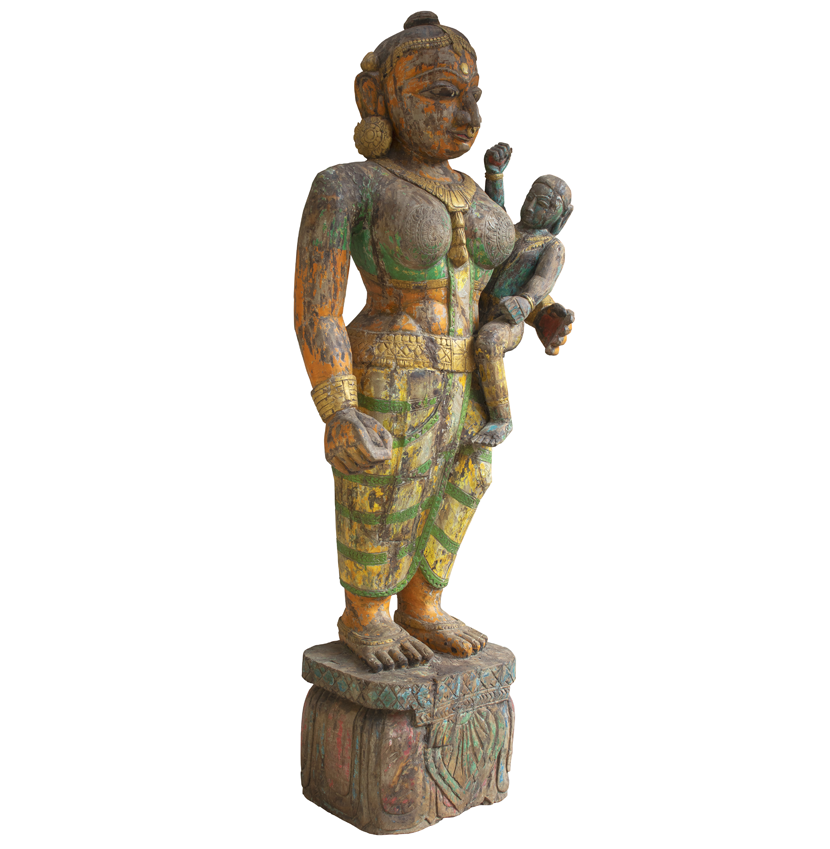 Yashoda, is the foster mother of Krishna, as described in the Puranic Hindu texts. This carved and painted wooden sculpture of Yashoda, holding the infant Krishna on her left hip, is approximately 6 feet tall. This statue of Yashoda probably comes from southern India.

The ancient Sanskrit texts tell us that Krishna was the birth-child of Devaki and her husband, Vasudeva. Devaki’s brother, Kamsa, was a tyrant king (sometimes described as a demon). Kamsa was given a prophecy, he heard a heavenly voice tell him that Devaki’s eighth child would kill him. Kamsa imprisoned his sister and her husband, and began killing their children. But Devaki and Vasudeva had already sent their eighth child, Krishna, to live with Nanda, the head of the Gopas tribe and his wife, Yashoda. As a child, Krishna was mischievous and playful and captured the hearts of all who knew him. His foster mother, Yashoda, loved him as one of her own children.