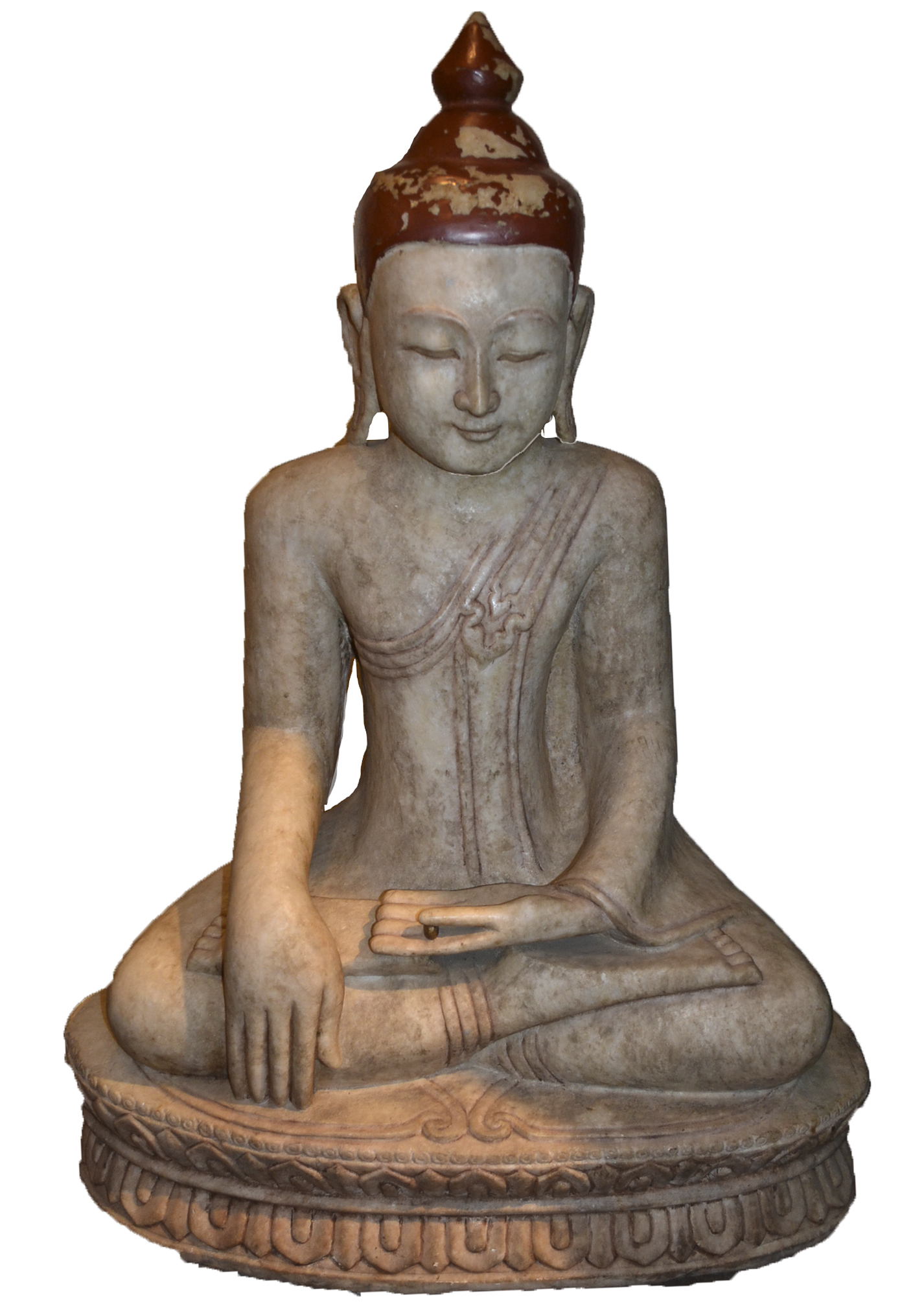 Our object of month is the Buddha Calling the Earth to Witness. The similarity of Buddha statues can sometimes make it hard to date them. We think this one is quite recent – made in the 20th century. It is carved marble and probably from the Shan States in Myanmar.

Buddhist statues such as this began to appear around 100 CE, about 500 years after the life of Siddhartha Gautama, the historical Buddha. The statues are not meant to show the physical looks of Siddhartha Gautama, but represent aspects of his life and teaching. They share a common iconography of poses and hand gestures (mudra) which define the meaning or event.

Earth-touching Buddha
In this statue the pose is of the Earth-touching Buddha, also called ‘Calling the Earth to Witness’. The Buddha is seated with his eyes closed in mediation, his right hand facing down with the fingertips lightly touching the ground. It represents the moment when the Buddha achieved enlightenment.

After six years Buddha was in his final meditations when the demon Mara tried to distract him.
We asked the Norwich Buddhist Centre to tell us the story:
“As the Buddha sat on the Vajrasana (seat of Enlightenment), Mara attacked the Buddha with rocks and mountains, but they all turned to flowers. Having failed to harm the Buddha, Mara’s final challenge was to demand what right he had to sit on the Enlightenment seat. In response, the Buddha touched the earth with the tips of his right hand and called the earth goddess to bear witness.’
Vajragupta Hayes

When a Buddha is not the BuddhaNot all Buddha statues represent the historical Buddha. Perhaps the most well-known of these is the ‘laughing Buddha’ who is a representation of Pu-Tai. Pu-Tai was a monk who lived in China around the 10th century and who was famous for his joyful disposition. This very well-worn clay figure is from South India. He has the shaved head of a monk (unlike the historical Buddha who is frequently represented with hair), a fat belly and he carries a wealth ball to bring good fortune to the home that houses him.